This is a guest post from romantic suspense author Jill Sorenson. Jill and I follow each other on Twitter and I’ve enjoyed several of her books. She asked if I’d be interested in posting it because we get good discussions going here–so please do add your thoughts in the comments!

I consider myself a heroine-centric reader. I buy books written by women and read more romance than anything else. I don’t feel like I’m missing out on the male perspective because it’s everywhere. We cut our teeth on it. And although I love men, in fiction and real life, I’ve never tried to attract male readers.

This is my basic attitude about men reading romance. I don’t really care if they read it or what they think about it. The romance genre isn’t for them. Their (generally negative) opinion of it makes very little difference to me. I don’t think rap music needs white people to give it legitimacy. The same goes for men and romance. Its lack of appeal to the average male reader is an interesting issue to discuss, but it’s not a problem to overcome. The genre is thriving with a majority female readership. I’ve said this before and I’ll say it again: In publishing, men need us more than we need them. Women buy more books than men. Romance readers are voracious. Before I started writing, I read a book a day.

Not only do romance readers buy and read a lot of books, we read widely. We read outside the romance genre. We read men, maybe more than men do! Male authors can’t afford to disregard the opposite sex so easily. Any male author who insults women—especially romance readers—is walking on thin ice.

YA author Dan Krokos, who is young and handsome and just swimming in a sea of lady authors, the poor guy, tumblred his thoughts about girl books vs. boy books. Along with some fuzzy claims about boys not reading, and YA having 95% female protagonists, he says this:

7. Boys like fantasies too. Don’t get it twisted: We want to be the hero. There aren’t many books at that age where we can be the hero.

8. Pretending boys and girls aren’t different, and don’t like different things, is, quite frankly, weird.

I’m with him on boy fantasies, and I agree with point #8. But what about this number crunch of YA bestsellers done by Stacked? According to the data, male authors and male protagonists dominate the lists. By all indications, “boy” books are doing well. I don’t doubt that there are more female YA authors/characters, but I’m unconvinced of the lady takeover crisis. Maybe women (the primary readers of YA, I imagine) blog more. YA romance is also popular with romance readers. We’re voracious, remember? 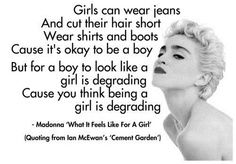 Let’s talk about gender essentialism. Yes, men and boys shy away from girl cooties books because of sexism. It’s undeniable. Girls are encouraged to like princesses and pink. Boys aren’t. Society influences our tastes a great deal, but sexuality isn’t just a social construct. If it were, no one would be gay. Boys and girls, heterosexual or otherwise, develop natural preferences that probably affect their reading choices.

A recent post at Book Riot criticized the romance genre’s mantra of “by women, for women, about women.”

In my opinion, there’s a disproportionate focus on gender in romance, largely because of the statement that they’re “for women.” But the fact is, there are gender issues in EVERY GENRE.

As for the “female fantasy” bullcrap, that relies on the assumption that women and men want different things. But do they really? We all want to love someone and be loved, to belong somewhere, to be understood and valued. And we also would all like to have amazing sex. So far I’m not seeing anything particularly “feminine” about these so-called fantasies.

I think that readers of all ages seek out characters they can relate to and identify with. They want characters like themselves, or like the people they wish they were. Many of the heroes in romance and YA are fantasy figures, brooding bad boys or powerful alphas. Can the average male reader measure up?

Women have the same trouble with female sex objects. If a character’s main role in the story is to look hot, get rescued, and fall onto her back, we’re not impressed. We’re not surprised, but we’re not impressed. The classic Bond girl functions to pump up the hero’s masculinity. I can’t relate to (or compete with) Megan Fox bent over a motorcycle. Both men and women identify with flawed characters, not sexed-up perfection. We relate to characters with depth, intelligence and real personalities. 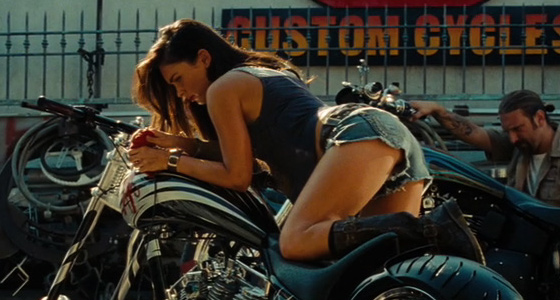 It’s been said many times that romance readers relate to the heroine and desire the hero. Plain Jane meets Hottie McHot. He’s a Navy SEAL, a vampire, a billionaire. Sometimes all three. That’s not even a joke. While the heroine can be average or even “mousy,” the hero is usually tall, strong and good-looking. One of the few male romance readers I know once said that the heroes always have big dicks. He enjoyed imagining himself as the well-endowed hero, while many female readers imagine themselves as the heroine.

Which is not to say that we all like the same things or read the same way. I don’t think men can easily identify with desert sheikhs or billionaires, and they probably don’t want to identify with controlling jerks. It may be titillating for women to read about obsessive, dangerous men who won’t take no for an answer. I’m wondering if the borderline-abusive hero who gives punishing kisses holds any appeal for (heterosexual) male readers.

Real by Katy Evans strikes me as another type of story straight guys wouldn’t appreciate. I haven’t read it, but someone I follow on Goodreads did. She quoted detailed descriptions of the hero’s hunky body. His sweaty muscles. His superior buttocks. The focus on physical attributes suggests a shallow, fantasy-object sort of hero. Which is sort of ironic, considering the title. 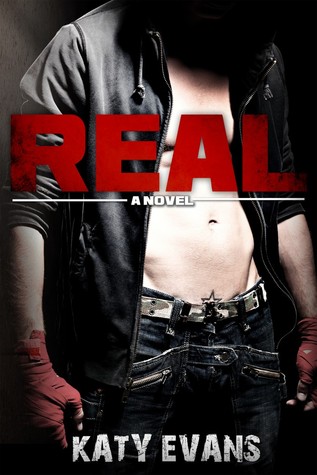 As usual, I’m not quite sure what conclusion I’ve come to. Men and women like different things. Neither relate to perfect fantasy figures. Can we meet somewhere in the middle, or should we go our separate ways?